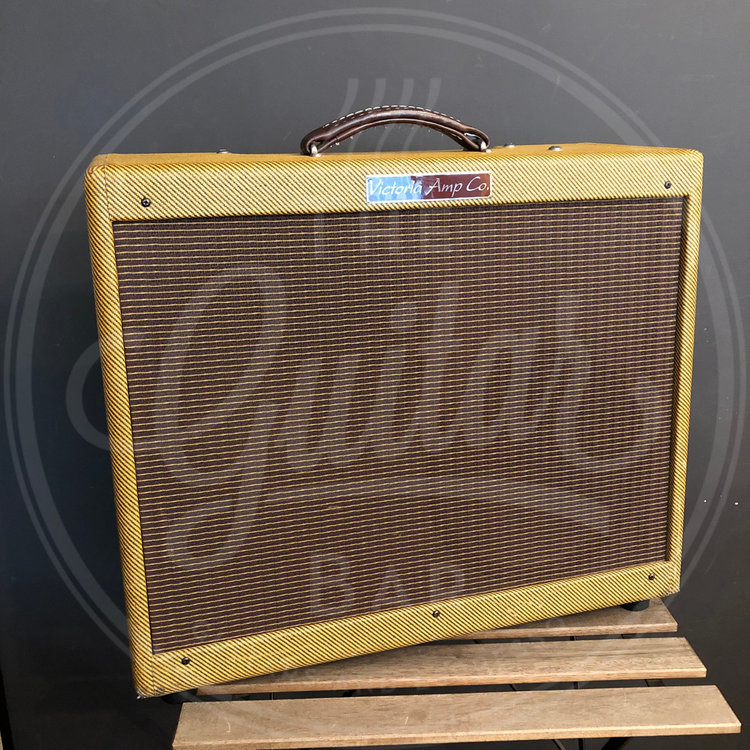 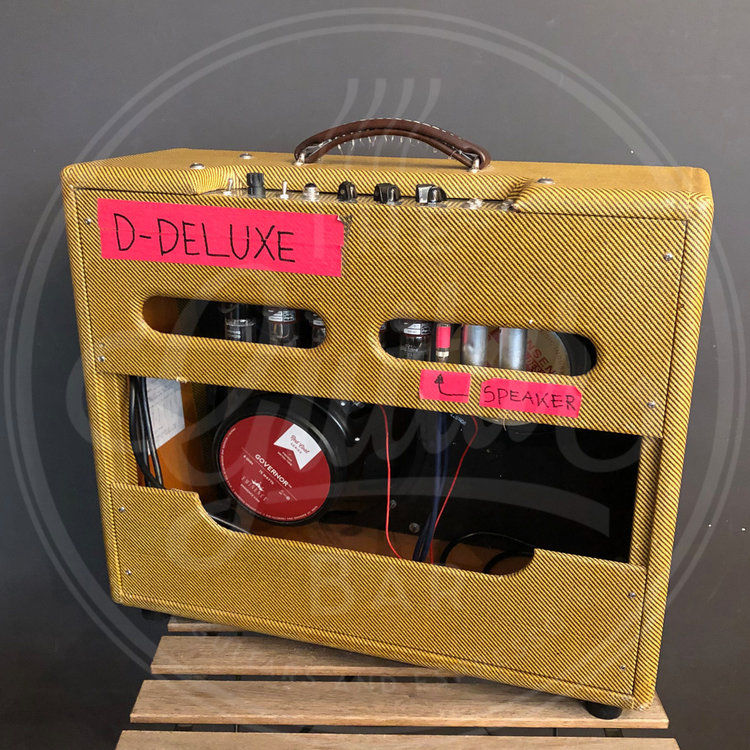 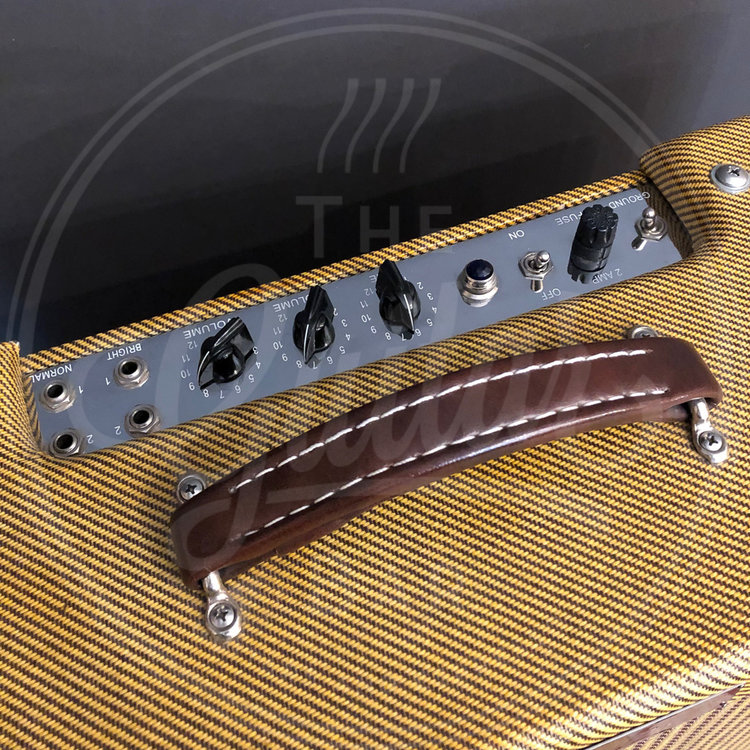 Victoria Amps is one of the original American boutique amp brands from the 90's wave of boutique amps.

No compromises made in construction or parts quality of these amps, mostly replicas of/variations of classic Fender designs from the golden 1950's.

The classic feel, sound, compression, midrange and distortion of a classic late 50's tweed Deluxe, but with considerably more clean headroom.   This turns the amp into a realistic stage amp that will hold its own next to a hard hitting drummer with some clean headroom to spare instead of turning into instant distorted mush - a problem you can have with a regular tweed deluxe.

The amp is in great (used) condition, has been well maintained and is stage- or studio ready, Ex-Triggerfinger owned.